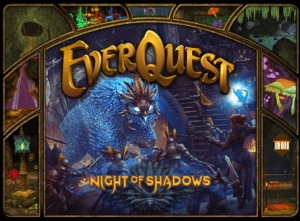 – Shar Vahl, Divided – A Peace Offering – The grimling reports can now combined within Shainai’s Satchel.
– The Darklight Caverns mercenary quests will now drop no more than 6 quest items per creature.
– Added experience to all Night of Shadows quests and added coins to the tasks that were missing coins.
– The Spirit Fades (Raid) – This is now properly locked until Night of Shadows phase three raids open (3/4/2023).

– Moved an unreachable collectable in Ruins of Shadowhaven.

– The Terror of Luclin Overseer rewards are now properly restricted to Nights of Shadows.

– Fixed a bug that could potentially cause personal Tradeskill Depot items to be lost.