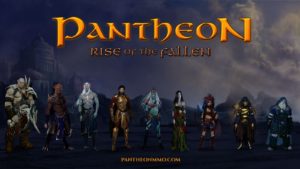 The latest news and updates on Pantheon.

So looking forward to this MMORPG.  I am a contributor and anxiously awaiting Alpha Testing.

An interesting article on Pantheon

While I limit posts to Pantheon I do make exceptions for major announcements of other MMOs. New World has been postponed again.
https://www.newworld.com/…/new-world-developer-update 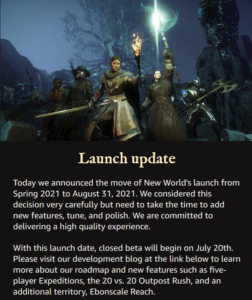 I haven’t posted much about Pantheon since it is still pre-alpha but a lot of progress is being made on the game.  For instance, if you follow BazgrimTV,  , if you follow this link and subscribe, you can be kept abreast of all the new features.

There is still no definitive word on when this game will go Alpha let alone live. As soon as I know something you will find it here. 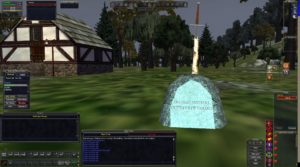 With a sad heart on the passing of Brad McQuaid

His work will never be forgotten.  All the hours I have spent wandering in the lands he helped develop in EQ and the upcoming game Pantheon, he will be missed greatly by the gaming world.

Broke down and purchased a new machine in anticipation of its release in a year or so, hopefully.  I will be an Alpha tester anticipation a late summer early fall access.  Spent roughly $1500.00 mostly on a high end graphics card to run this game.  Not saying that I really did need to upgrade my 6 -7 year old machine.

I haven’t posted anything in a while about Pantheon:The rise of the fallen.  It is still in development but here is an excellent article on it:  http://www.mmorpg.com/columns/top-5-pantheon-rise-of-the-fallen-features-were-really-excited-about-1000011516

Another installment on Pantheon, the upcomming new MMORPG game.  Really looking forward to it.

One of Pantheon’s main differentiators is the way we are handling Quests and Story-related content. The consistent trend in current MMORPGs is one of linear, quest-driven leveling mechanics that funnel players from quest hub to quest hub throughout their leveling experience. This is consistent with the “Theme Park” approach of modern MMOs where little emphasis is put on free exploration or risk vs. reward. Instead, players are led by the hand and told where to go, what to do and how to do it.

A good discussion with MMORPG Mag.com